Autor: A F Glasser
Advanced Information
The term has been variously defined as “the science of the cross cultural communication of the Christian faith,” as “preeminently the scholarly discipline underlying the task of world evangelization,” and as “the field of study which researches, records and applies data relating to the biblical origins and history of the expansion of the Christian movement to anthropological principles and techniques for its further advancement.”
If missiology is described as a science, it must be recognized as an applied science. The underlying dynamic of the missiological process starts with an actual field situation confronting a church or mission, in which its problems, successes, and failures are clearly known; it ends with the application of missiological perspectives to this same field situation.

The three major disciplines whose input is essential to the missiological process are theology (mainly biblical), anthropology (mainly social, applied, and theoretical but including primitive religion, linguistics, cultural dynamics, and cultural change), and history. Other contributing disciplines include psychology, communication theory, and sociology. All these disciplines interact within the specific structures and problems of the given field situation and with the motivation of the gospel as the driving force of that interaction. Therefore, basic components that later become “missiology” are neither theology nor history, neither anthropology nor psychology, nor the sum total of these fields of study. Hence ethnotheology, ethnohistory, and ethnopsychology emerge. The discipline of missiology then comes into its own, enriched and influnced by suchingredients as ecumenics, non Christian religion, and even economics.

Major Issues
Missiology is a new discipline with a long history. At no period in its history has the church either totally forgotten its missionary task or failed to engage in a measure of serious reflection on the basic questions which this has raised. In one way or another Christians in every generation have debated these five issues:

Apostolic Practice
How is the apostolicity of the church to be expressed if it is conceived as embracing the evangelistic practice of the apostles as well as their “received” teaching? What is the church’s collective responsibility touching the sending forth of laborers to “bring about the obedience of faith. . . among all the nations” (Rom. 1:5)?

Church Structure and Mission
What is the relation between the church’s structured congregations, ruled by its ecclesiastical authorities, and those mission structures within its life directed by others, whether voluntary or authorized, whereby the gospel is shared with non Christians and new congregations are planted?

The Gospel and the Religions
What is the relation between the good news about jesus Christ and other religious systems which do not acknowledge his lordship? Is there validity to the religious experience of their devotees, or do these religions represent unrelieved God forsakenness and human rebellion?

Salvation and non Christians
What is the eternal destiny of those who through no fault of their own have died without ever hearing the gospel? What is the relation between Christ’s redemptive work and those who, while ignorant of it, have perceived the divine through nature, conscience, and history and have cried out: “God, be merciful to me a sinner.”?

Christianity and Culture
If God is the God of the nations and is at work in all the epochs of human history, what is the validity of each separate culture? Should its elements be “possessed” or “accommodated” or “replaced” when the Christian movement enters and local congregations are being structured?

History
These issues have been discussed for almost two thousand years, because the church has always been aware to some degree of its duty to be missionary. One can hardly have a living congregation that is not to some extent missionary, even if its outreach is only along kinship lines and within racial boundaries. But it was two Roman Catholic writers, the Jesuit Jose de Acosta in 1588 and the Carmelite Thomas a Jesu in 1613, who were the first to develop comprehensive theories of mission, primarily with reference to Latin America. Their writings greatly stimulated a succession of seventeenth century Dutch Protestants largely concerned with the evangelization of the East Indies: Hadrianus Saravia, Justus Heurnius, Gisbertus Voetius, and Johannes Hoornbeeck. In turn, the writings of these men influenced John Eliot, early missionary to the Indians of New England, and William Carey, the “father of modern missions.” Through Jan Amos Comenius, bishop of the Moravians in the Low Countries, their influence reached Count von Zinzendorf, who was prominent in the transformation of the Moravians into a dynamic missionary movement.
However, it was not until the nineteenth century that missiology really came into its own as an academic discipline. Two German Lutherans were responsible: Karl Graul, director of the Leipzig Mission, was (according to Otto Lehmann) “the first German to qualify himself for higher academic teaching in this field”; and Gustav Warneck, who today is regarded as the founder of Protestant missionary science. His Evangelische Missionslehre (1892) abundantly confirms this designation. Warneck significantly influenced the great Catholic missiologist Josef Schmidlin (1876 – 1944) and thereby initiated the sort of stimulating interaction between the two major segments of the church that has continued to the present.

Warneck’s death virtually coincided with the World Missionary Conference at Edinburgh in 1910. Since then, the gatherings of this conference’s stepchildren, the International Missionary Council (until Ghana, 1958) and the Commission on World Mission and Evangelism of the World Council of Churches (after New Delhi, 1961), have continued to reflect on a great variety of aspects of the science of mission. In recent years nonconciliar evangelicals have increasingly participated in this scholarly debate because of their concern that a biblical theology of the church must make central its missionary calling, a postulate that has been heavily challenged from 1960 onward with the radicalization of ecumenical theology and the increasing secularization of most World Council of Churches member churches in their service in the world.

In recent decades literature on mission theory has greatly increased, with popular polarizations of competing philosophies of mission dominating the scene. Evangelicals are still chided for a mission theology that ignores the kingdom of God and focuses almost entirely on eternal life. Catholics have been charged with triumphalism, allegedly because all they had to advocate was a theology with a single focus: the expansion of the church. (However, during the 1970s large sections of this church have been a dominant force in the struggle for social justice in the Third World.) Conciliar Protestants are accused of being so captured by the immediate social and human issues that they take unwarranted liberty with the Bible and bend its texts until evangelism is reconceptualized to mean politics, the church’s obligation to evangelize “unreached peoples” is dismissed as irrelevant, and religious encounter is confined to the sort of friendly conversation that eschews all thoughts of conversion and church planting.

Evangelicals and the Contemporary Debate. In an effort to reduce this cacophony of discordant diversity and develop a coherent basis for a valid scholarly discipline, evangelicals played a prominent role in the organizing of the American Society of Missiology (A S M) at Scarritt College, Nashville, Tennessee, in June of 1972. They recognized the validity and essentiality of the perspectives of all segments of the Christian movement; the study of missiology would lack balance and be impoverished if any one perspective were denied a fair and full hearing. Hence A S M became a community of scholars drawn from conciliar Protestants, Roman Catholics, the Orthodox, and nonconciliar evangelicals.

Within this forum evangelicals seek to stabilize this emerging discipline with their biblical stress on the Christological center: the gospel has at its heart the affirmation that Jesus Christ alone is Lord and that he offers to enter the lives of all who come to him in repentance and faith. Their overriding concern is the evangelistic task of proclaiming Christ and persuading all peoples everywhere to become his disciples and responsible members of his church. They regard this as a cheif and irreplaceable objective in Christian mission. They accent the priority of multiplying structured expressions of the Christian community in which worship can be performed and a supporting koinonia deepened and extended. And they encourage the multiplication of voluntary associations (mission structures) to carry out the great variety of tasks God has given to his people.

In addition, evangelicals are increasingly responsive, in the face of the contemporary debate and the anguished cries of the oppressed, to the issues stressed by conciliar Protestants as they call all Christians everywhere to take those priority steps that will demonstrate their authenticity before the world as “salt and light.” Their focus is inevitably ecclesiological. They contend that the development of individual and inward faith must be accompanied by a corporate and outward obedience to the cultural mandate broadly detailed in Holy Scripture. The world is to be served, not avoided. Social justice is to be furthered, and the issues of war, racism, poverty, and economic imbalance must become the active, participatory concern of those who profess to follow Jesus Christ. It is not enough that the Christian mission be redemptive; it must be prophetic as well. And it must stress the obligation to express before the world the unity of the people of God. The Christian movement must focus on consolidation while reaching out in expansion.

Roman Catholic and Orthodox missiologists stress the sacramental, liturgical, and mystical ethos that has enriched the church over the centuries. The issues that most concern them are how the church is to fulfill the Vatican II mandate and its essential function as the “Divine Gift,” through manifesting and actualizing in this world the eschaton, the utlimate reality of salvation and redemption; how to guarantee that the state, society, culture, and even nature itself are within the real objects of mission; how to achieve truly indigenous congregations; how to enter into the sequence that produces genuine spiritual formation; how to participate in significant and spiritually productive dialogue with the Asian faiths; and how to guard the uniqueness and finality of Jesus Christ while at the same time recognizing that the Christian movement at its best represents what Berdyaev terms “an unfinished revelation about the absolute significance and calling of man.”

Missiologists of these three streams of insight into biblical obligation are committed to listen honestly to each other. And this bodes well for missiology as a still developing “science,” “discipline,” and “separate field of study.” As it becomes more sharply differentiated, and its concepts and tools are better mastered, it will become an increasingly useful instrument to further the understanding and performance of the Christian mission in our day.

Outstanding American evangelical missiologists have been Rufus Anderson, the nineteenth century popularizer of the indigenous church (“Missions are instituted for the spread of a Scriptural, self propagating Christianity”); Kenneth Scott Latourette and R Pierce Beaver, two outstanding authorities on the history of missions and younger churches; Donald A McGavran, the founder of the Church Growth movement; Eugene A Nida, the expert on Bible translation and the cross cultural communication of the Christian faith; J Herbert Kane, the prolific writer of primary texts on all aspects of the Christian mission; and George W Peters, the creative biblical theologian in the Mennonite tradition. 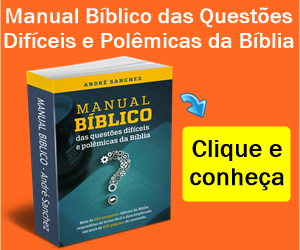